Spreading some Sunshine on a cloudy day

As they say, for every cloud, there is a silver lining. The cloud of my out-of-commission-Speakeasy-Kitchen arrived with an opportunity to be in the New Belgium Brewing Company’s Tastemaker program.* 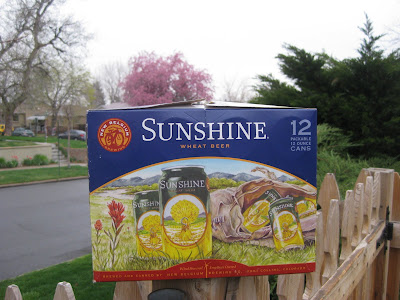 I’d been stealing opportunities to cook in friends’ kitchens across the continent, but I found myself with some tasty New Belgium brews and running out of kitchens to impose upon. Not to worry though -- one of my favorite things to do with beer (other than drinking it) is to shove a can of it up a chicken’s butt and that can be done outdoors on a grill, no kitchen required. 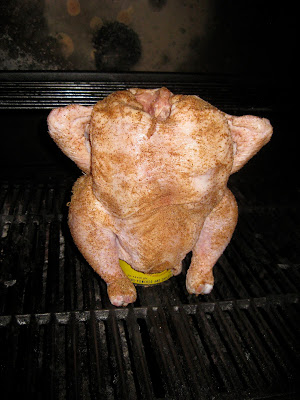 Ordinarily, I wouldn’t try it with anything other than the stray can of pilsner that occasionally shows up at our house. I use something with a mild flavor that doesn’t impart much more than its moisture to the chicken. But since New Belgium was buying*, I figured, “What the heck?” 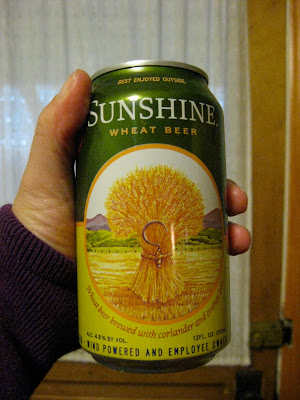 Yes, that’s right. New Belgium beers come in a can. And they are mighty delicious, I might add.

According to New Belgium, its Sunshine wheat beer is “a great beer for trouncing thirst.” Not a bad way to impart moisture to chicken. But it gets better than that. The flavor profile includes coriander and orange peel tartness, “settling nicely into a tranquil sea of apple and honey tones.” Well then, what better way to part the clouds than with a little Sunshine? I consulted the Flavor Bible and decided to pair the beer up with some spices on my beer can chicken. 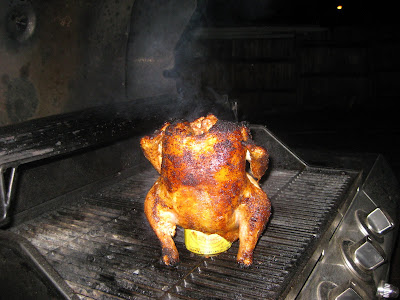 1/4 tsp chili powder
Preheat grill to 450 degrees F. Rinse and pat dry the chicken. Put all the spices into a small bowl and mix well.
Open up a can of Sunshine and pour out half. I recommend pouring it into your stomach.
Rub 1/4 of the spices into the interior cavity of the chicken. Rub the rest all over the skin. Shove the can up the chicken's butt. Prop the chicken wings up so it has an satisfied air about it while it sits on the can. Set it on the grill where it is not sitting directly over flames, drop the lid on the grill, and let it cook till a meat thermometer reads 170 degrees, about 30-40 minutes. Carefully remove the chicken from the grill and let it rest. The internal temperature will continue to rise while the outside cools. The outside cooling is a critical step -- it's hard to grip a can of beer to pull it out of a cooked chicken butt when it's full of steaming beer. Remove can, carve chicken, and let the sun shine in. 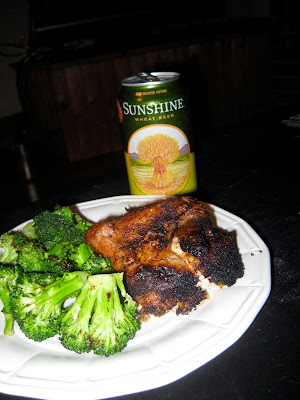 *As part of this Tastemaker program (through Foodbuzz), I received a stipend to make this meal possible.
Posted by speakeasy kitchen at 6:13 PM