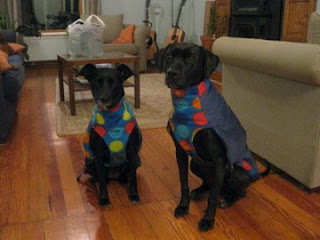 My Hollywood stardom came abruptly to an end before it even began. Top Chef jumped the shark and cut me in the final weeks before they started filming. Or so the story goes. But I did realize that I wasn't meant to be a patent attorney -- my heart obviously wasn't in it. A brief job search landed me at the Colorado Attorney General's Office. Now, I'm an Assistant Attorney General across town and work a 9 to 5.

It affords time for things like sewing dog coats, teaching piano and, most importantly, cooking.

The most recent regular on the menu is beer can chicken.

Last week, I made one with cajun spices. That was quite popular. I've been having quite a blast in the kitchen lately, plus meeting all kinds of people, now that I'm not constantly at my day job. So it's quite possible that Speakeasy Denver could happen... maybe, just maybe...
Posted by speakeasy kitchen at 7:12 AM No comments:

Opportunity, that is. My BIG opportunity is TOP CHEF. The lovely Linda Frenette turned forwarded the contact information for TOP CHEF's casting producer, who will be in Denver this weekend, looking for "cheftestants." I contacted her and she was interested. I just have to fill out an application and I get a 15 minute taped interview, which will be sent to Los Angeles.

I don't know if I have the talent -- whatever talent I had has been slowly eroding since I started working at Townsend. But I definitely have the drive (thanks, ironically, to Townsend) to compete for a spot on the show.

I smell good things in my future...
Posted by speakeasy kitchen at 1:45 PM No comments: 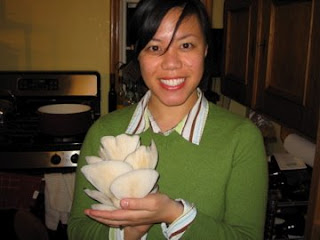 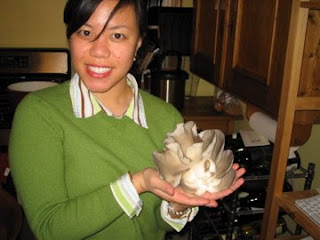 This cannot possibly end well.
Posted by speakeasy kitchen at 3:02 AM No comments: