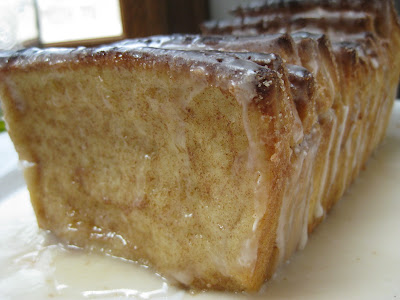 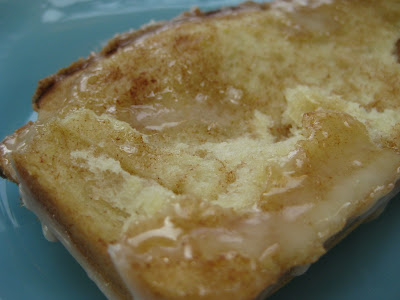 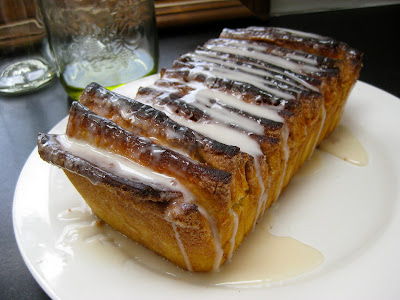 Preheat oven to 350 degrees F. Bake loaf till golden brown, about 30 minutes. Cool in pan on wire rack for 10 minutes. Then remove loaf from pan and transfer to serving plate. Drizzle with glaze. Top with orange zest or chopped nuts if you had the time or patience to prep them. Let cool for a few minutes more, then have at it.
Posted by speakeasy kitchen at 2:48 PM 46 comments: