Earlier this week, I was in Nashville, speaking at a conference.  Nashville is known for producing the best country music in the world and I got to sample some of country's up-and-comers, live.  The music was vibrant and energetic and made me want to get up and dance, which I did.  I have a greater appreciation for the genre now that I've spent some time at Tootsie's Orchid Lounge and The Stage on Broadway.  To all the nay-sayers of country music: You ain't heard nothin' till you've been to Nashville.

Something Nashville is not known for is its food.  And for good reason.  The food I ate there was neither tasty nor healthy.  After three soggy fried-food-filled days there, I announced to my fellow conference attendees that I thought I might be suffering from scurvy.  I suggested we try to find a place that served salads.  Someone handed me a screwdriver, made with orange juice out of a can, and told me to hurry up because they wanted to catch an early set at B.B. King's Blues Club.  Luckily for me, I hadn't been out at sea for weeks on end.

Enter Teddy, a friend I met through Ku, who is of Chinese descent and was raised in the Denver area.  Teddy sent me a text message from Denver while I sipped on my screwdriver in Nashville:


mid-autumn moon festival @ jj's tmrw nite @ 8:30
casual with a few people.
you in?
The only correct answer to this kind of question is, emphatically, YES.
Honestly, Denver isn't exactly known for the best Chinese food either.  Having spent some time in Toronto, Vancouver, New York, San Francisco, and, yes, Hong Kong, there's just no comparison.  But if there's any decent Chinese food to be found in Denver at all, Teddy will know where it is.  And the knowledge that I would soon be feasting at an authentic Chinese restaurant gave me the strength to fast (and to beat scurvy) for the remainder of my time in Nashville.  So promptly at 8:30 p.m. the following evening, Mr. Rose and I pulled into the little parking lot on W. Alameda.

It was a small place and it's not much to look at.  But when we walked in, the outdated wallpaper and fish tanks characteristically labeled with misspelled fish names confirmed my suspicions that we would soon be eating some pretty darn good Cantonese style food. 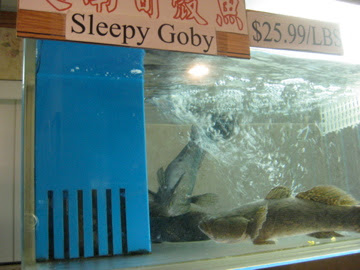 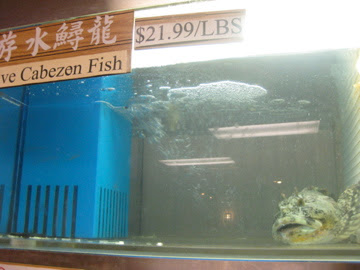 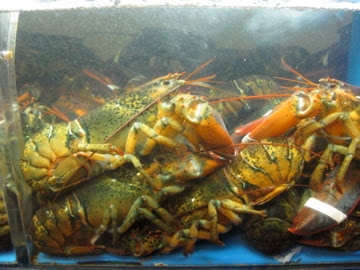 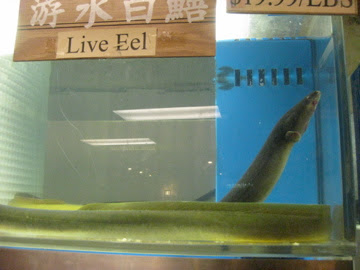 People trickled in, fashionably late as Asians often are, and the attentive waitstaff hurried to Teddy's side to give him recommendations for a mid-autumn moon feast to knock our socks off.  The rest of us exchanged and/or made up some mid-autumn moon folklore while they made some critical decisions. 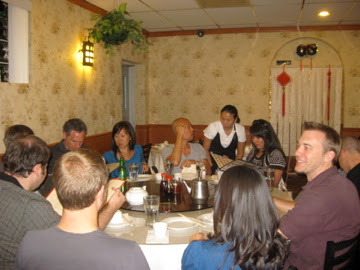 I pointed out the black rock cod that looked like the bully of the tank (the rest of them fish will thank me later) and the waitress pulled it out, gave it a swift bump on the head, and brought it to our table deliberation. 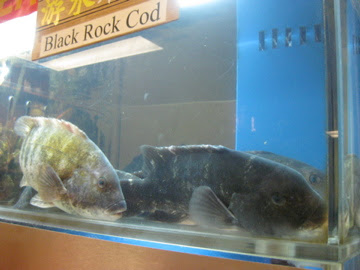 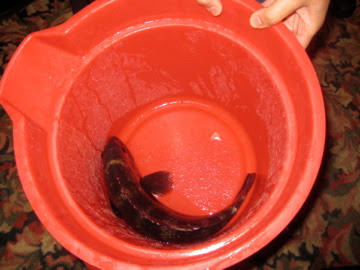 "Over 2 pounds.  $50.  Is okay?" she warned us about the price tag, as if it wouldn't be a problem to just give him a moment to let him recover from the trauma and return him to the tank.  Teddy raised his eyebrows to the rest of the table -- were we ready to commit?  Again, the only correct answer to this question must be, emphatically, YES.
The waitress shuttled our black rock cod and the rest of our order back to the kitchen, and a few minutes later, emerged with several dishes for the lazy susan.  We had guilan, salted egg, and pork soup to start.  Then ma po tofu and crispy peking duck skin with soft pancakes with scallions and hoisin sauce arrived at our table.  The flesh of the duck was chopped up and fried with scallions and served with lettuce wraps.  The lettuce wraps arrived with baby guilan shoots, sauteed with garlic. 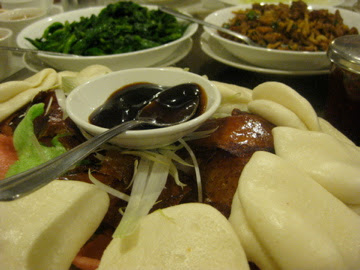 We also had pan-fried fat rice noodles with beef, Japanese-style fried tofu with fish and shrimp, and a clay pot with soft and luscious eggplant stew (not pictured here). 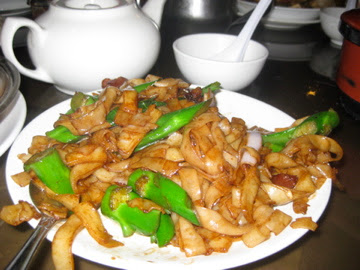 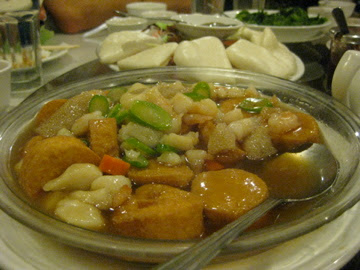 I didn't get to take a picture of the black rock cod before we devoured it, but it was steamed with scallions and slivers of ginger root.  Here it is, after we'd all but picked it clean. 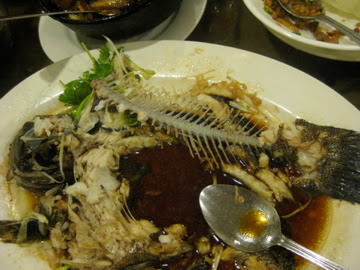 For dessert, they brought us a hot red bean and tapioca soup, followed by moon cake.
All in all, the meal doesn't rival the food in Hong Kong, Toronto, Vancouver, San Francisco, or New York.  But, considering I started the day in Nashville, and spent most of the day in transit back to Denver, this was not a bad way to celebrate the mid-autumn moon festival.
ASIDE: The tab for this meal came to $22 per person, including tax and tip.  Not a screaming deal, but the fact that this tiny establishment was able to offer such a diverse menu, including a variety of fish so fresh that it was swimming until the very moment we asked for it, at that price, is staggering.
Posted by speakeasy kitchen at 8:09 PM