We don't have kids, Mr. Rose and I, nor do our most frequent dinner guests.  So the idea of a kid-friendly meal, much less a meal prepared with the aid of a kid, is mostly foreign to me.  That is, in part, because we find most children to be fussy eaters and sub-par conversationalists -- when friends bring children to dinner, I feel my anxiety level rising: What do I feed them?  What do I say to them?  Our house is doggie-proof, but is it kiddie-proof also? 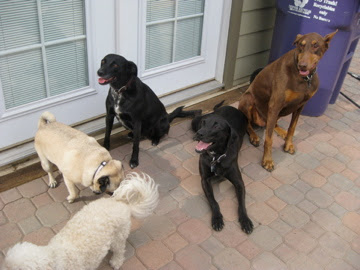 Then I met Zoe.  Zoe is a delightful child.  She's good-natured, curious, and has the wittiest things to say.  And, when we went to dim sum, she happily noshed on the food few adults would try.  The chicken feet.  She popped the chicken toes right into her mouth and spit the bones out clean.  Like a champ.  Nothing grosses Zoe out.  Not even ground pork. 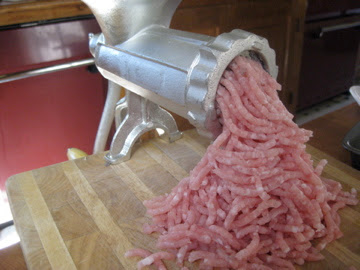 Zoe's mom asked if they could help me make dinner sometime.  Maybe something Chinese?  You're on, ZM.  I enlisted the help of Ku and we made a meal that would test the dexterity of Zoe's 5-year old fingers: Won ton. 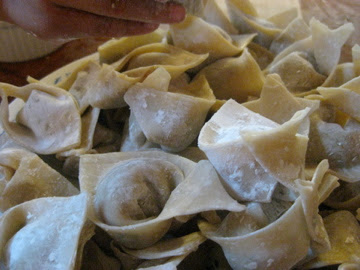 The tough part of cooking for kids is that some are picky eaters and it's difficult to predict what they will and will not eat -- I could agonize for days in advance over what to put on the menu, then toil all day to cook it, only to find the kids feeding my dogs under the table.  I don't take it personally though.  My food is unfamiliar to them and I don't cook like their mom does.  My theory is that children are more likely to be open to new foods if they know what goes into it.  Zoe doesn't strike me as a picky eater at all.  Nevertheless, I brought Zoe in from the beginning, starting with mixing the won ton filling. 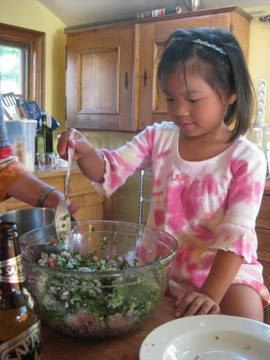 One thing that was really cool about Zoe is that she is able to focus like no other child I've ever seen.  She watched Ku demonstrate the wrapping of one won ton, then pushed up her sleeves and went to town.  She did the lion's share of the won ton wrapping and invented a couple of alternative methods of wrapping that were adorable. 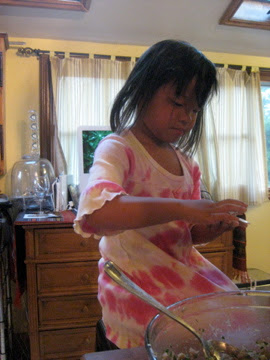 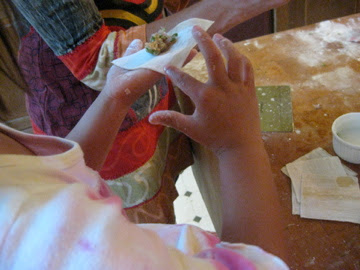 The meal was delicious.  And we had a lot of fun making scallion pancakes and won tons!  There was just barely enough space after dinner for a little nibble of sweet cream filled pastries that ZM brought.  At the end of the evening, when Zoe had her fill of excitement (and hard work -- she wrapped more won ton than ZM or I did), she did the only sensible thing she could: she curled up in ZM's lap and fell asleep.  The kid is wise beyond her years.
Posted by speakeasy kitchen at 2:19 PM