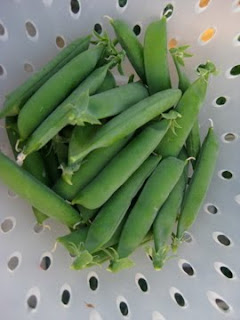 I had a little bit of trepidation over the 16 pea shoots I dropped into the garden -- what on earth would I do if all 16 went into hyper-production?  Well, it's starting to happen.  But I no longer worry.  My recent dinners at The Squeaky Bean gave me confidence that there would be plenty I could do with good fresh peas. 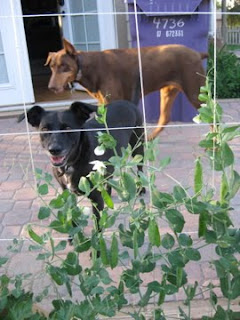 I cracked into the first pod, popping the peas out into my mouth.  They were so tender and sweet!  I got so excited that I temporarily lost my mind and gave the empty pod to Margo Frances, my smallest and hungriest dog.  She gobbled it up in a hurry, and now she lurks around the back side of the garden, as if she were stalking a cat.  She's waiting for me to look away so she can steal some of the good stuff right off the vine for herself. 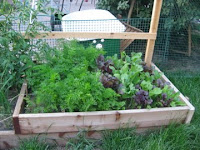 There's plenty of good stuff in the garden.  There will be plenty of good recipes for fresh vegetables in the months to come.  I'm most excited about the mixed beets and the multi-colored carrots.  Carrots on the left, mixed beets on the right.  Under each bunch of greens will be an unexpected pop of color!  The suspense is killing me! 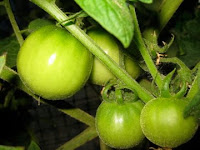 Also in the works are about 8 different varieties of tomatoes.  We've already had a few salads of mixed greens complimented with yellow cherry tomatoes.  But these Better Boys are on their way in.  I expect to be plucking them by the end of this coming weekend. 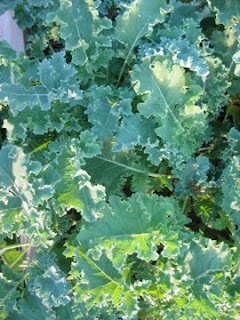 And last, but not least, we have 8 square feet of garden dedicated to kale.  Yes, that's right 8 square feet.  Due to our inexperience and/or laziness, we decided to do raised beds according to the square foot gardening method and so far, it seems to be easy enough to follow.  Mr. Rose put in some backbreaking work up front and before his ACL reconstruction surgery and built some boxes, I helped mix dirt, vermiculite, and compost into the boxes, and we roped off the dirt into individual, square zones.  It keeps us organized and there is seldom a question as to whether something is a weed or an unusually shaped sprout.  It's phenomenally easy and, so far, we're pleased with the results.  And looking forward to the endless supply of kale chips.
Posted by speakeasy kitchen at 9:31 PM