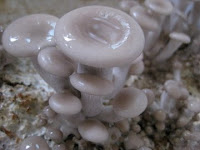 All the rain we've gotten in the last twelve months made me really regret I haven't been taking advantage of what has been highly hospitable climates for mycelial growth.  We didn't do any gardening last year, and only had some miniature mushrooms growing indoors, in buckets. 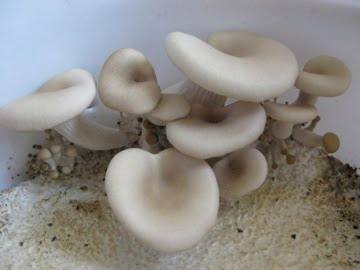 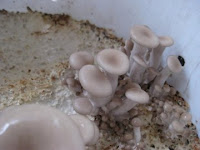 Without a doubt the Espresso Oyster mushrooms were delicious and a delight to find springing up from their humble abode.  But they were limited in number and one bucket never really produced.

Meanwhile these little toxic creatures cropped up all last summer around the yard. They're pretty fascinating, but I looked every one of them up in my field guide, and not a single one of them won't cause at least a couple of days of gastrointestinal distress if eaten. 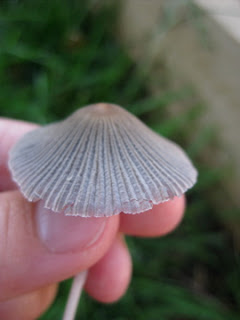 Not to mention the horribly obscene Stinkhorn that showed up overnight in our front yard.  The Stinkhorn is also known by its Latin name, phallus impudicus, and I've posted a photo elsewhere, but I will not post here because it is highly unappetizing.  (Click on "Stinkhorn" if you're curious).

But I digress.  I've decided to capitalize on the mycelium-friendly climes of late and, killing two birds with one stone, make it so that a couple of trees in our neighborhood have not died in vain.  I ordered mushroom spawn plugs online.  Then I got to work. 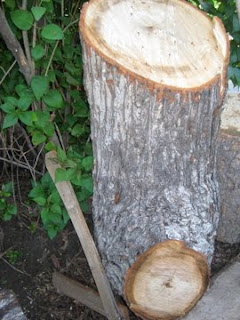 First, I started with some logs.  Different mushrooms like different substrates.  I have three varieties of spawn: Lion's Mane, a milky-colored, fluffy, sponge-like mushroom; Phoenix Fir Oyster, a white mushroom with taupe, velvety ruffled tops; and Pearl Oyster, a prolific, almost blueish oyster mushroom.  The Phoenix Fir Oyster prefers conifers, while the Pearl Oyster must be grown on hardwood, and the Lion's Mane is an equal opportunity innoculator.  Luckily, we had a Douglas Fir come down in our backyard this spring, and our tree guy gave us a few sections of an Elm he took down a couple of weeks later.

While waiting for the logs to age, the spawn arrived and really took off.  They had completely saturated and filled up the grooves in the wood dowels that they come packaged in.  Three precious little baggies, each filled with 100 promises of tender fungi! 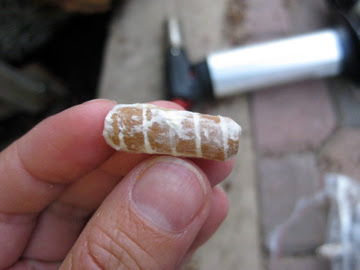 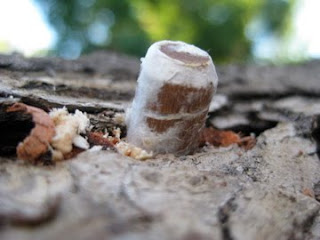 I set about making homes for these little promises, drilling a diamond shaped pattern of 5/16" holes around the logs.  Then the promises went into the holes, plugging them up.  I tapped them in so that they ran flush with the outer surface of the log, then sealed them in with melted beeswax (yay!  the kitchen torch found a use other than for creme brulee!) so that the mycelium had nowhere to go but into the wood. 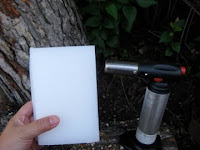 Now all I've got to do is keep the logs damp and shaded.  Some are on the north side of the garage and east of a giant silver maple tree, while others are on the north side of a giant lilac bush and east of the house.  They need a bit of sun, but not too much.  It'll be 6-9 months before these babies fruit, but it will be well worth it when they do.

As a reward for my patience, I hope to have beautiful colonies of Lion's Mane, Phoenix Fir Oyster, and Pearl Oyster fruiting proudly and prolifically, and perhaps their spores will spread throughout the yard in years to come, taking the place of the pretty, but inedible parasols. 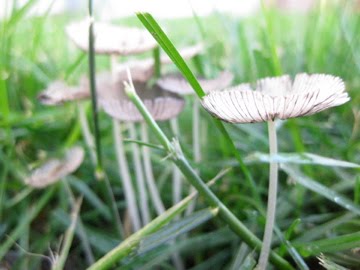 Posted by speakeasy kitchen at 9:05 PM